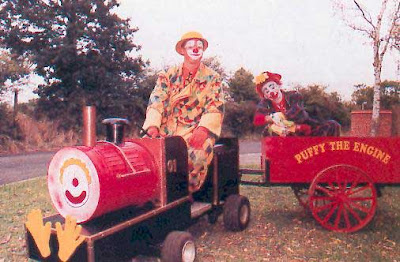 The committee seemed very confused, and to be honest, after listening to the discussion, I was, too. Yet the committee unanimously gave it the green light. Crazy.

I'm not sure the longer wait times are service cuts. Instead, I think they represent lowering the bar so that when there are delays of 15 minutes during the peak and 30 minutes during off peak, Metro can say they're still providing the "service" the board told them to.

In essence, the policy would exonerate Metro even if they provided a "service" no one on the room yesterday seemed to think was acceptable.

And if Metro doesn't meet the lower criteria?

Board member Kathy Porter asked, and what followed was epically revealing.

There was about 10 seconds of extremely awkward silence capped off by a bumbling response from Sarles, who, in essence said, it would go in a report.

Sadly folks, that's pretty much the worst thing that can happen to you if you're part of Metro management.

Could Sarles be docked pay for not meeting standards over, say, three straight months? Could he be fired?

It'd go in a report, and everyone would soon forget about it, and he'd continue to collect his hefty salary of $959 every single day, which comes straight out of your pocket.

I do have to give at least a little credit to Porter who asked Metro staff what adding these criteria would accomplish. She seemed to at least get a whiff of Metro's race to the bottom BS with this whole notion.

Metro staff's answer was mealy-mouthed transitese, culminating with a Sarlesian monologue that defied comprehension. His early energy and dynamism has completely faded behind a thick haze of robotic talking points I'm not sure he even understands.

The final say on these new "standards" will come at the July 26 full board meeting.

I really hope the board doesn't let Metro get away with this stealth attempt to cook the numbers without really doing anything to improve the service provided to us. They probably will.

Lower standards, no incentive to meet those standards and no punishment for not meeting them. And we wonder why Metro gets worse and more expensive every day.

Oh, and if that doesn't outrage you, the Safety and Security Committee spent less than an hour talking about the derailment, the "self evacuation" of a train and the continued problems with brakes falling off trains. Board members seemed eager to move onto other business.

Later, the Customer Service and Operations Committee spent roughly the same amount of time talking about naming stations. They talked at length about whether Smithsonian should also include "National Mall" and if so, how big the lettering should be.

I don't think Kafka could have imagined anything quite so absurd and maddening.

Happy Friday, and remember, track work on all lines this weekend.

Related: WMATA board shuts out riders on policy issues (GGW)

Other items:
DC picks firm to run streetcars (Examiner)
Metro continues to say passengers self evacuated (WaPo)
at 5:30:00 AM No comments: