Where are the Police? 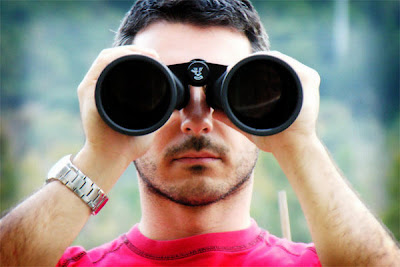 Friday before last, I was heading home from Federal Center SW around 6:30 p.m. The station was pretty quiet, but I walked up toward the front of the platform where I usually get on the first car. There was a man with a cast on his leg and a cane waiting there as well.

As the train pulled in, I let him go on first. It was obvious that he was having a hard time and was in pain.

I took a left inside the first set of doors and sat down on one of the back-facing seats next to the operator's cabin in the little walled off area, and zoned out.

A few seconds later, I could tell something was brewing in front of me. I turned off the music only to hear a fairly normal looking middle aged woman in the first row of seats facing me hurling incredibly obscene abuse at the man with the cane.

The seats on the other side of the aisle were occupied, and he needed the leg room for his bad leg, so he was asking the woman to move her bag from one of the seats so that he could sit. She was refusing despite he pleas.

As the train pulled out of Federal Center, he was still standing. It was obvious he was exasperated and getting very angry that the woman would not move her bag.

She continued to insult him in every way possible, even going so far as to say he was faking his injury and calling him a sick pervert.

Finally, as the train sat for about five minutes in the tunnel on the way to L'Enfant, the two women on the other side of the aisle realized what was going on and moved.

The man with the cane hobbled over and with a very relieved look on his face, plopped down. I thought it was the end of the story.

But the abusive woman continued to insult him--really mean stuff about his looks, how he was dirty and a liar.

Politely at first, he told her to be quiet. She continued to harass him. He raised his voice and asked her to please stop. She continued and even took out a baby wipe to disinfect her bag "because he'd touched it."

Finally, he said "if you say one more thing, you're going to be sorry." You could tell he was about to boil over.

She called him a liar and continued to clean her bag and berate him.

He then stood up, yelled at her to shut, and drew his can up over his head like someone might do with an axe and took two steps toward her.

For a second, I thought he was going to bash her head in. It was a very tense moment.

I braced myself for the worst, but instead, he slammed the cane down hard on the bag she wouldn't move and told her that she was a horrible person.

She continued to lambast him as he hobbled off.

Mind you, it had been about 10 minutes since we'd left Federal Center, and we were not yet in L'Enfant. She then began to start in with me. Then she said something about her shoe size, which is finally when it dawned on me that she was very mentally ill.

When the train pulled into L'Enfant, I stepped out, and told the operator that he should call transit police. He said he'd seen what had happened and had called them.

Finally, at Virginia Square, the woman who'd insulted pretty much everyone in the car the whole way, got off.

When we got to East Falls Church, where I get off, I asked the operator what had happened. He said he'd called the cops and shrugged his shoulders.

After I realized how ill the woman was, it was clear she did not present a physical threat to other riders, but she certainly was putting herself in a lot of danger as her illness was not readily apparent.

For a moment there, I thought she was going to get beaten up or worse, and I think it was only a matter of time until someone else took real offense at her insults.

I wonder if the operator even called the police, and if he did, I wonder why the cops didn't at least come to assess the situation.