"Everyone was Aware Money was Going Out the Door" 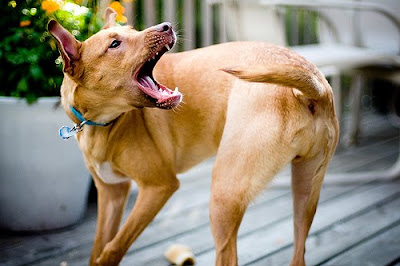 Three Metro sources recently gave me insight into how Horace Dexter McDade, a revenue technician, and John Vincent Haile, a Metro cop, were allegedly able to steal hundreds of thousands of dollars from Metro's revenue stream over years, possibly as far back as 2008.

The first factor, of course, was incompetence. This is Metro, after all.

According to a retired Metro Transit Police officer, Metro knew fare money was regularly being stolen at least two years ago and probably more, despite saying in a press release that an investigation was started last October.

The officer said they reported patterns of missing money to a deputy police chief at least two years ago. They said they told the deputy chief that the missing money correlated with "certain individuals."

The officer's concern triggered an internal investigation, which apparently bore no fruit.

Another retired Metro cop said the investigation was a case of "Metro chasing their tails" despite periodic reports from the investigators that money was still "walking out of Metro" in large amounts.

This retired officer said there was a correlation between McDade and Haile working together and missing funds. Despite numerous people knowing this, the correlation appears to have been either ignored or missed by Metro's own investigators.

The retired officer said another major factor was that the person in charge of the revenue facility, the assistant treasurer of revenue operations, was also incompetent and had completely demoralized his subordinates.

Rather than focusing on regularly missing cash--something most of his subordinates knew about--"the captain of the ship was asleep at the wheel and more concerned with petty offenses such as cell phone violations," they said.

"Everyone [in the revenue building] was aware there was money going out the door," said the source. "I couldn't believe it."

The big break in the case came when a store clerk, annoyed by and suspicious of Haile for buying so many lottery tickets with big bags of coins, alerted the FBI, which quickly discovered what was going on.

In typical Metro fashion, the assistant treasurer, someone fundamentally responsible for the safekeeping of Metro's cash, was escorted out of the revenue building and is now "holed up" in the Jackson Graham Building (Metro HQ) where they'll be allowed to "quietly retire with a full pension," one source said.

Another contributing factor to the long-term theft was a change in policing policy by the Metro Transit Police Department.

According to two sources, there was a reduction in the number of Metro Transit Police officers assigned to what is called "revenue escort" duty, which means escorting the revenue technicians, the people who take the money from the fare machines to the revenue building.

"Exact numbers I’m not sure of, but [MTPD police chief Michael Taborn] changed the system they had been using for years," said one source familiar with how the MTPD operates.

This, other sources said, made it easier for McDade and Haile to work together, whereas before the personnel shift, it would have been more difficult for cops and revenue techs to establish the kind of relationship that could lead to a conspiracy to rob Metro blind.

"The dirty cop would switch shifts to work with the revenue tech," said one source.

Lastly to blame is the archaic system Metro has for handling large amounts of cash.

A source very familiar with how Metro handles money confirmed information in this post that too many people have access to the money (the "chain of custody"), that Metro's system of handling the money is archaic and that Metro seems to accept that a certain amount of money will be lost or stolen.

They were hesitant to get into specifics because "if you worked at a bank, you wouldn't want to give that kind of information out."

They did say that when a fare machine is serviced by a revenue technician, an electronic report is generated, which contains information about how much money that machine took in.

That technology then meets Metro's byzantine accounting system where it's all "paper and pencil," the source said.

"There's just so many machines out there," they said. "It's information overload, and there are thefts that go on daily that aren't reported."

That source said Metro's hiring of forensic accountants, from Deloitte, in the aftermath "is going to cost big bucks."

Note: I am on vacation and without regular email access. There may be a delay in your comments getting published. They will be, eventually.
at 5:30:00 AM No comments: