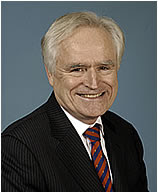 When Richard Sarles took over Metro, he famously said "I don't want to hide problems. That's the worst thing you can do,"

Yesterday, Sarles told the Metro board, his bosses, the following:

The extreme temperatures have also presented a challenge to the cooling system on some of our rail cars. This month, July, about 2.5 percent of our cars dispatched into service experienced a temperature control issue after they entered service. We have been aggressively pursuing preventative maintenance, including component change outs, particularly on the 5000-series fleet. It is too early in the summer season to draw conclusions about performance.

Not one board member questioned the number. No one asked a follow up.

I think if board members actually rode Metro on a regular basis, they'd call Sarles out on this. Even if you chopped the anecdotal evidence of hot cars by 75 percent, you'd still have a number roughly four times higher than Sarles' number.

The board's silence when told a bald faced lie is indicative of their total failure to provide any kind of meaningful oversight.